SKaFace, The Greatest Ska Band In The North West 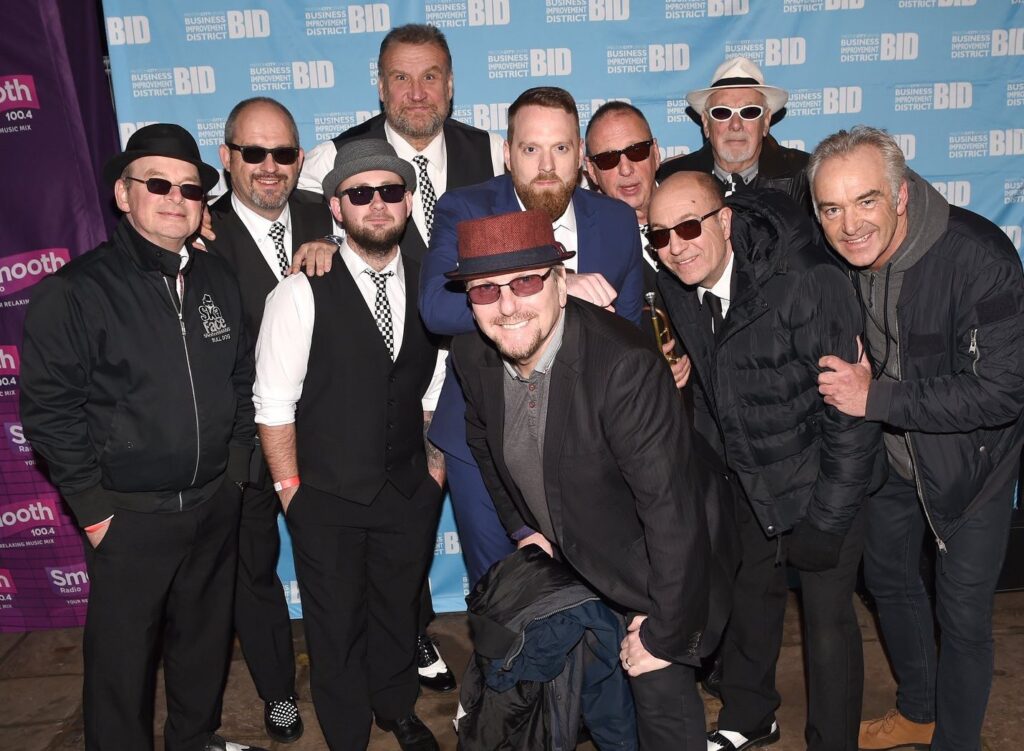 SKaFace, The Greatest Ska Band In The North West

Formed from the desire to return to the classic sounds of our youth, Ska Face contain ten individual members who are are old enough to know better but young and foolish enough to attempt to re-write the rule book and enjoy music with the passion and honesty for which it was created.
Ska Face keep it real and enjoy every minute with an infectious stage show of power, energy and damn good tunes that you just have to dance to. There is no better remedy to a stressful week than a few cheeky beers and dancing like a loon… and that’s just the band!

Fronted by the enigmatic Tony Montana and featuring a phenomenal four-piece brass section, Skaface pack a punch from the first note. With a rhythm section as tight as keyboard player Omar’s wallet, the legendary former Specials trombonist Rico Rodriguez praised the ‘heavy riddim section’, when he first performed with the guys back in 2011. Specials guitarist Roddy Radiation has accompanied the boys on stage several times since the same year.

In addition, Jerry Dammers, founder of both 2 Tone Records and The Specials, was highly impressed with the Ska Face performance when he joined them for a gig June 2013, commenting that he had not witnessed such energy in a performance since the early days of The Specials. In recent years, the band has evolved another level, with support slots for The Selecter, Bad Manners, The English Beat, The Neville Staple Band, From The Jam, Toyah, The Wonder Stuff, Big Country, Top Loader and Alexander O’Neal.

Revitalising interest in the Ska and 2 Tone classics of the late 70s and early 80s, Ska Face sparked a 2 Tone revival across the north of England. Not content with just playing the songs of their contemporaries, the boys write songs of their own. Their debut and aptly titled ‘That Difficult First Album’ was launched to wide acclaim in May 2012.

Ska Face regularly travel up and down the country, bringing their energy to venues across the UK from Blackpool to Batley, Preston to Pontefract and Coventry to Camden. There are other Ska bands out there, but very few share the energy and drive of Ska Face. Avoid disappointment and beware of imitations. If you want authentic Ska and 2 Tone, then you would be hard pressed to beat the Ska Face experience.

They are a 10 piece Skaface band playing all the best 2-Tone classics from Madness, The Specials, The Selecter, The Beat & Bad Manners.

They are a 10 piece band