Chess Galea Is Ideal For 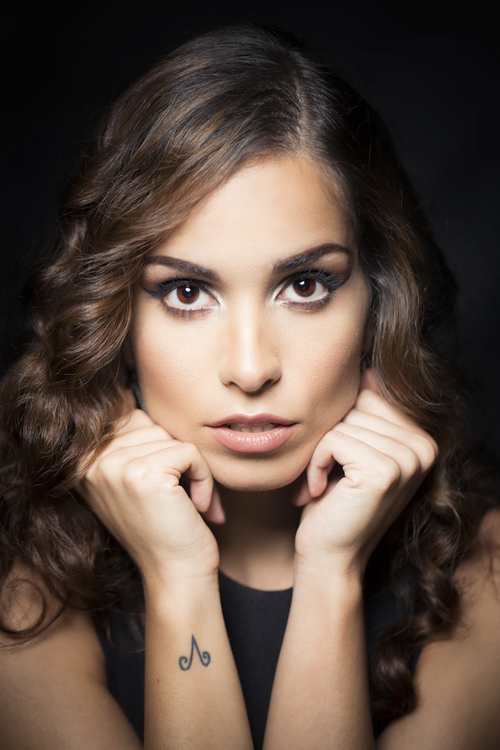 London girl Chess Galea was originally exposed to classical music, day in day out, as the piano was constantly being played at her childhood home, where she also began to learn to play the  piano. A young Chess then looked through her mother’s CD collection, to find a ‘Queen’ album, which sparked her true ambition – singing and performing. Dancing since she was 2, Chess really knows how to own a stage and her live performances are not to be missed. She has performed at Silvana New York.

Chess Galea is a Maltese-Born, London-living Pop-RnB singer and songwriter. She has written, produced and self-released all her singles, EP’s and albums which have been sold in HMV. She has performed live on BBC radio, represented Malta at Eastern Europe’s biggest festival in Vitebsk with 1M viewers, & has been singing around London and collaborating with amazing artists and writers in Berlin and LA.
Chess is also a commercial model and has been a model for Vera Wang, BERTA, M&S and Grey Goose Vodka to name a few.

Relocating to London in her teens Chess quickly found her feet in the music business. She is now respected songwriter and regularly pens songs for artists all over the world, as well as writing her own songs that have had great success in the iTunes Charts. Over the last 2 years Chess has been a semi-finalist in the UK song writing contest, twice and has performed at Silvana New York, The Emirates Palace Abu Dhabi, and The Roundhouse London.

“I thoroughly enjoyed your performance, I hope you didn’t mind me singing along”

“I loved your performance, it was strong and sassy and you have a great voice!””

Is Chess in a band?

Embassy are a charismatic and energetic band who know how to get any party started. With a hugely diverse repertoire, Embassy are equipped to cater for any event that comes their way.

Embassy’s musicians are some of London’s most respected musicians on the scene. They all boast pretty impressive biographies and testimonials. Each band member has been performing from a very young age and approaches every performance with confidence, energy and professionalism.

◎   They  keep the dance floor jumping from start to finish

Chess Galea Is Ideal For