Quite a few musical styles have fallen in and out of favour for parties and other events over the past few decades. For more informal occasions, traditional 20th century folk and Irish bands have been one of the more popular forms of music. That’s driven by the genre’s uplifting and energetic style.

Coupled with that is how involved Irish folk bands of this kind can be; the music traditions have no problem in making the audience feel like they’re part of a show. As a result, such bands don’t seem like they’ll fall out of popularity for events anytime soon,

Traditional folk and Irish bands could be recommended if you’re planning a wedding reception or something similar. Alongside the reasons mentioned above is the song versatility that they can offer any party for a social dance.

That should be enough to get your guests up and dancing, which could be all that’s needed to make your party successful. You’ll need to keep a few things in mind, though.

What Kind Of Traditional Folk and Irish Bands Are There?

You may be surprised to know that there are quite a few Irish and traditional folk music bands that you could hire. These go beyond swapping out the singers and instrumentalists; they can also play somewhat different styles of music. While conventional Irish music might be what you’re looking for, you could consider some other genres.

Irish pop music, for instance, has been a known crowd-pleaser for quite some time. Many will also add in some party music favourites, should that be what you’re looking for. These will all be played with an Irish twist, which could be more than enough to make the music stand out.

Scottish music has been seen as relatively similar to Irish music for quite some time. If there’ll be some Scottish guests at the event, it could be worth working these into the setlist. And that’s without mentioning Irish American folk music, which can have a twang of its own.

Depending on the traditional folk and Irish bands you hire, they could play a blend of all of the above. That’ll let you cater to your guests much more than you would with other bands.

What Is A Ceilidh?

If you’re looking for a sound that’s much more traditional, then you might want to consider ceilidh music. In many cases, this is the music that many people think of, as it often involves a lot of Irish dancing. That’s only when your traditional folk and Irish bands are accompanied by dancers, however.

Should that be out of the equation, the music itself could be enough to inspire your guests to start dancing to sea shanties. Naturally, this would be better recommended for more informal events, such as weddings and large birthday parties.

Why Hire From Us?

When you’re hiring any traditional folk and Irish bands, you’ll want to make sure that they’re high-quality and reliable. That focuses on making sure they turn up on time, know what they’re supposed to play, and can do so to a high standard.

You mightn’t know what to look for, however. Using an entertainment management company will avoid any issues, so what’s stopping you from getting in touch? 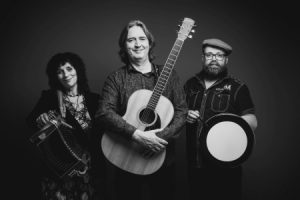