Annette Is Ideal For 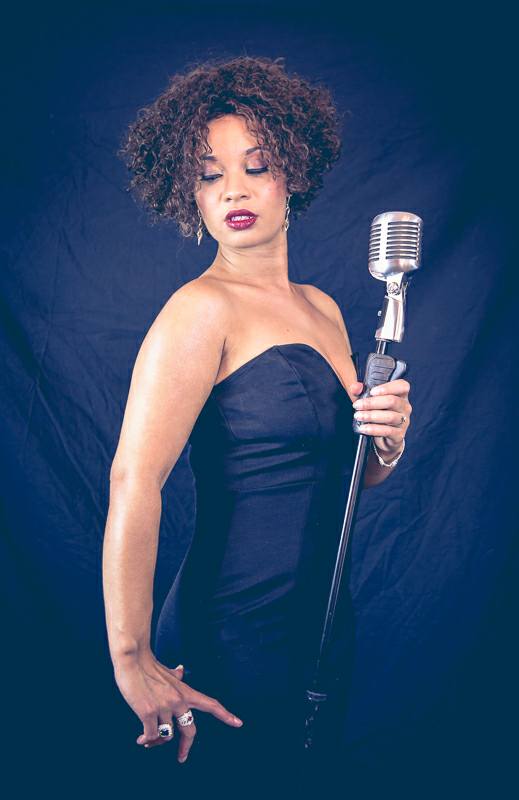 Annette Campbell performs vintage, jazz, and soul. Annette Christina Campbell (born 18 May 1984) better known by her stage name Miss C is a professional singer and songwriter that is based in Staffordshire. Annette’s love for music was from a very young age and throughout the years her desire to become a singer grew stronger. From the age of 15, she would write songs with her father who’s also dream was to become a singer. Annette’s musical influences are legends such as Whitney Houston, Sade, Frank Sinatra, and Luther Vandross. Her favorite genres are Soul and Jazz. Annette is also a Tribute.

Annette’s tribute to Soul and Motown (Groovy town) takes the audience on a phenomenal journey from the ’60s through to the ’70s, 80’s and ’90s. The flares and afro are out for this fun feel-good factor show. The perfect act for those in need of a good boogie!!!

The jazz and swing show that Annette provides include great classics from sultry singers like Sade, Ella Fitzgerald, Frank Sinatra, The Swing out sister, Nat King Cole and many more. This set is perfect for weddings, sophisticated lounge music, corporate events, and cruises.

A DECISION TO PUT TOGETHER A WHITNEY TRIBUTE Whitney Houston’s voice has always been in Annette’s life and she attributes Whitney as the biggest influence for wanting to be on stage from a very young age. She would sing throughout her home, often imitating Whitney Houston.

When she was approached to tribute Whitney Houston one evening after performing, it didn’t take Annette long to come around, but she decided that she would only consider it if she could do Whitney’s songs justice. After working with the songs, perfecting each phrase, each nuance, each emotion, she decided she was ready to take her show from practice to staging. She has spent an enormous amount of time perfecting the show and is excited to bring it to you.

Pure Whitney provides a sophisticated tribute to the late Whitney Houston. The show demonstrates Whitney’s classy demure on stage whilst delivering effortless Vocal ability. The setlist includes Whitney’s 80’s classics, bodyguard hits, and her update dance tracks. This show is a must-see! performing those great tracks such as I wanna Dance with Somebody, I Have Nothing, Greatest Love Of All, How Will I Know, Saving All My Love For You, I’m Every Woman, I Look To You.

Why don’t you take a look at our other tributes bands https://m8entertainments.com/category/popular-music-bands/tribute-bands

Check out our Facebook page for more acts https://www.facebook.com/m8entertainments

Annette Is Ideal For

What an amazing night it was, she was brilliant, fantastic singer, a beautiful voice.