Wayne Denton Amazing Tribute To The One And Only Neil Diamond

Wayne Denton Is Idea For 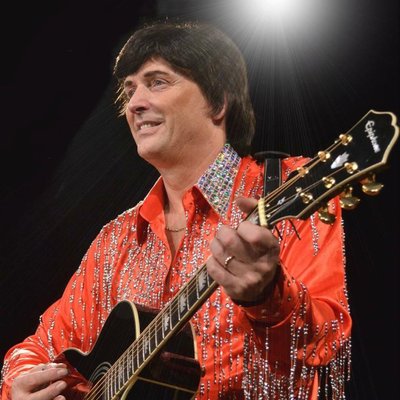 Wayne Denton Amazing Tribute To The One And Only Neil Diamond

‘A CELEBRATION OF NEIL DIAMOND’ IS A HIGHLY ACCLAIMED TRIBUTE TO BELOVED MUSIC LEGEND, NEIL DIAMOND, PERFORMED BY WAYNE DENTON AND HIS EXCEPTIONALLY TALENTED MUSICIANS.

Featuring over two hours of non-stop hits brought to life LIVE in front of you. With spectacular production, a world class powerhouse of a live band, awesome sound and featuring the latest in live video screen technology. A Celebration of Neil Diamond promises an unforgettable night out for everyone.

The legacy of hits such as SWEET CAROLINE, LOVE ON THE ROCKS, and FOREVER IN BLUE JEANS evoke memories in all of us, back to a time when the singer songwriter regularly ruled the UK and US charts.

WAYNE DENTON, fronts this live concert. Faithfully recreating the songs, atmosphere and evoking memories of the era in his own inimitable style. Interspersed with humour and audience participation, faithfully recreating and delivering ALL the hits of Neil Diamond.

How can songs such as KENTUCKY WOMAN, IM A BELIEVER,CRACKLIN ROSIE,I AM I SAID, fail to get you in the aisles, While RED RED WINE,HOLLY HOLY,SONG SUNG BLUE, SWEET CAROLINE & BEAUTIFUL NOISE will have everyone singing along.

Wayne Denton has been an influencing part of the entertainment industry for 25 years, both as performer and a consultant. During this time, Wayne has developed a versatile and uncompromising insight into the business, ensuring an unparalleled level of personal service with both clients and artistes alike. His reputation has been well earned. Testimony to this is the fact that as well as developing a successful agency, Wayne is still very much sought after as a performer and continues to delight audiences with his unique, touching tribute to one of his main musical influences, John Denver. If you think you recognise the face you were probably one of the many who witnessed Wayne in the Grand Final of ITV’s ‘New Faces’ in 1986! As well as touring as himself Wayne also tours in his other tribute show ‘A Celebration of John Denver’.

Phil began playing guitar at the age of six. Self- taught, he began to copy the styles of his idols Albert Lee, Hank Marvin and Brian Setzer. Turning professional as soon as he left school, Phil soon got a reputation as being one of the most versatile guitarists in the country. Throughout his professional career he has earned a wealth of experience in Stage Performance, Direction and Public Address (Sound Equipment) of which on a number of occasions has been appointed Musical Director and Sound Engineer. He also feels just as home sat behind a drum kit as he does playing guitar!!! Phil can also been seen touring his own show – The Story Of Guitar Heroes.

Toby James is a professional guitarist based in the South West of the UK. He is a full time guitarist with ‘The Story Of Guitar Heroes” as well as the bands One Step Behind, Freedom and Despicable 3. Hugely experienced in a live environment, Toby has performed throughout the UK and Europe, The Middle East and South America. From private functions and corporate events to large festivals and concert halls, Toby has performed at venues including The Royal Albert Hall, The British Grand Prix and Regents Park.

Ian began playing piano at the age of 5, and at age 10 won a scholarship to the prestigious Chetham’s School Of Music whaere he spent the next 7 years studying classical piano and orchestral percussion. After continuing his studies for a further 3 years at the Guildhall School Of Music & Drama, he then returned home to the South Wales valleys where he became a professional keyboard player aged 23 with his first function band playing many summer seasons, various corporate events up and down the length and breadth of the U.K and several cruises for the next 7 years.

Ian was then offered the position of keyboard player and musical director at one of Warners top hotels in Hereford where he spent the next 10 years. In 2007 Ian left Warners to become a freelance session keyboard player. He now enjoys the diversity of playing for various theatre shows, tours, pantomimes, hotel cocktail piano concerts, choirs and operatic societies, as well as being creative consultant and music producer at Junction 48 Recording Studios based in the heart of South Wales.

Love On The Rocks

You Got To Me

You Don’t Bring Me Flowers

“We came to see you for the first time at the Wyvern theatre and had a wonderful evening your performance was outstanding and you brought the music to life and allowed us so many happy memories of these songs long may you continue to bring such happiness to people by presenting your great show”. – Alan & Beryl Doman

“Saw you at the Howden Park Centre on the 1st May. Fantastic show you should be very proud of yourself your voice is amazing. Hope you have many more years and will come see you again next time you are in the area”. – Andrew & Jeannie Hannah

My husband & I have seen your tribute on two occasions at The Grove Theatre Dunstable. I think the last time was either 2 or 3 years ago. I regularly check their events section on their website. Please come back to entertain us again soon. I truly hope this will be possible for you as we would really love to see and hear you again. We have told so many people about your show, how much we enjoyed it and how they should go see it and they will not be disappointed!” – Eunice

Not a problem. We can be flexible with time changes as long as the agency is notified as soon as possible.

Our sound and performance.  Their audience frequently comments on how great and accurate they sound to Neil Diamond himself and how energetic our performance is. We always get people up to dance.

Wayne Denton Is Idea For