The Outstanding U2 Tribute Band U2-2

U2 Tribute Band Are Ideal For 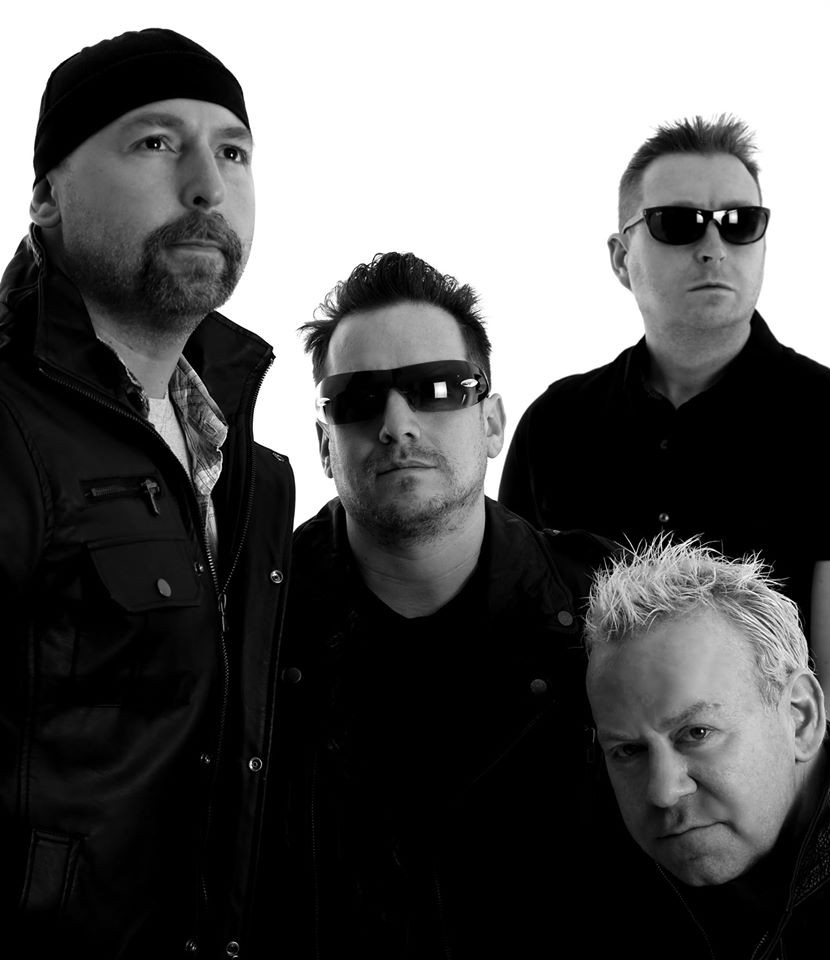 The Outstanding U2 Tribute Band U2-2

U2-2 was formed by current members in 1992, under the name ‘Achtung Baby’.The band quickly became the greatest tribute to U2 in the world. Truly ‘look-a-like/sound-a-like’ the band have performed shows all over the globe and are generally still regarded as the ‘official/longest running’ U2 tribute.

The band have even performed alongside U2 at the massive ‘Feyenoord Stadium’ in Rotterdam and have also been featured on national TV in many different countries. Performing some of their great songs such as Pride(In The Name Of Love) Sunday Bloody Sunday, With Or Without You, Beautiful Day, ‘Bad’, Desire, ‘New year’s Day, One, Where The Streets Have No Name, Mysterious Ways.

“We’re flattered by what they’re doing” BONO (U2)

‘Seen them a few times, they’re the best, quite stunning’

‘Amazeballs, you guy’s rock. The best in the world’

Ciara Lawrence (U2 – The Edge’s cousin)

‘The greatest U2 tribute in the world’

‘You only need Jo the sound man stood next to you’

‘Amazing guys, that was incredible’

(Pirates of The Caribbean  /  Batman)

‘I toured with U2 on The Joshua Tree tour and played Live Aid, you guy’s have it all’

From 1993 onwards, the band played to sell-out crowds across Britain, Ireland and Europe. Holding the award for successive sell-out shows at The Limelight in Crewe, the lads were also featured on both national TV and radio. U2 fan clubs often booked the band to perform at their conventions, with foreign tours seeing the lads travelling around in stretch limo’s.

Local shows included Sheffield Arena and Don Valley Stadium, the same venue U2 would perform at thirteen years later. Shows across in Ireland included a near riot in Sligo and a show alongside Aslan at Dublin’s Point Depot. The lads also gigged alongside The Lightning Seeds

U2 2 bump into U2 and Gavin Friday

In 1997, as guests of The Zooropean fanclub, the band performed at Feyenoord Stadium on the first day of U2’s European POP tour. Spending two days watching U2’s crew assemble the giant Pop Mart stage, they bumped into U2, Gavin Friday and were even mistaken for the real thing by Dutch security.

After being led into U2’s own backstage area, the lads resisted the temptation of breaking into U2’s drinks rider. They also posed for pictures on the bonnet of the Trabant car used on the Achtung Baby sleeve. Follow up tours of Europe followed with one show being performed high in the hills of southern Portugal. The band totally blacked-out the village during

sound-check, but that night’s show saw them performing to around 10,000 people. With Wayne Taylor on vocals, the band recorded new versions of Electric Co and Hold Me, Thrill Me. These tracks were released as a CD single. In 1998 the band were once again joined on vocals by Andy Bagnall who had previously been featured on ITV’s Stars in their Eyes. The band go on to win the award of ‘Best sound-a-like’ act on BBC1’s Battle of The Tributes.

The Outstanding  U2-2 are a four piece tribute band.  Tribute to U2

We came to the show at Norwich Waterfront on Friday and had an absolute blast. My husband was at the original Zoo TV show at Wembley in 93 and says it’s the best concert he’ll ever see.

So the chance to hear the songs live again was the pull here. He says that your rendition of So Cruel sounded particularly authentic and thinks that the guy who plays Edge has a fantastic replication of both his sound and his movements, was really well impressed and loved the set.

For the rest of us who were more familiar with the classics the second part of the show was an unexpected bonus and really got the crowd going. By the end of the night the audience just wanted you to do more and more.

A really great show and an authentic sound, would recommend to anybody, and we’ll see you again for sure. You were awesome U2-2

I had a lot of personal highlights from your set. Exit was brilliant, Who’s Gonna Ride Your Wild Horses was awesome but the stand out for me was Please – in my top 5 U2 songs of all time – an under rated song from an even more under rated album.

Probably not the biggest crowd pleaser you would have had last night as it wouldn’t have been known by half the audience, but that’s all I was singing in the taxi home! Being greedy I’d love to have had The Electric Co but hey, you played Out of Control so I forgive you!! Thanks U2-2.

Anyway. Thanks again for coming to Southampton and I hope you are down this way again as I will definitely be coming to the show! you were great U2-2  All the best Lee.

I’ve seen U2 countless times and consider myself a ‘die hard’ fan from as far back as 1983 so this tends to make me hard to please when it comes to cover versions of songs or tribute acts. I get a bit protective when people ‘f*ck with my band’ if you know what I mean. I’ve seen a few tributes and most sound nothing like them. I have to say that this is most definitely not the case with you guys – the sound was just superb. Certainly the best I’ve heard outside the real McCoy. You were awesome U2-2

How long has the band been together?

What kind of venues will you be suited to?

The band can provide either

U2 Tribute Band Are Ideal For