The Beatles For Sale… The Fabulous And Astounding Beatles Tribute Band…

The Beatles Tribute Band Are Ideal For 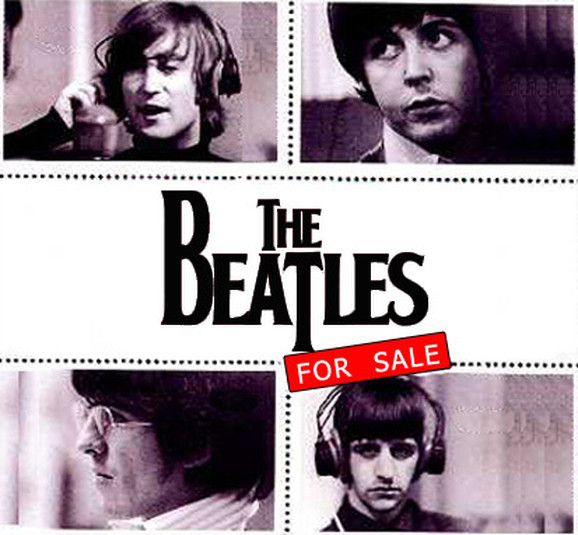 The Beatles For Sale… The Fabulous And Astounding Beatles Tribute Band…

This ‘Fab 4’ have worked with artists such as Midge Ure (Live Aid, Ultravox), Tony Visconti (David Bowie / Marc Bolan), Neil Finn (Crowded House) and Mary Hopkin (as produced by Sir Paul McCartney himself!) not to mention Morrisey and Nancy Sinatra, amongst a host of others. No gig is too far or too much trouble for the lads and they’ve recently performed in Portugal, Switzerland and as far away as China! (Although Ringo hated the flight, he wants Jimmy Nichol to do it next time – great bit of Beatles trivia there folks!).

Vinny plays Mr Lennon and we all think at Beatles For Sale towers is without doubt one of the best soundalike John Lennon vocalists in the world!

He spent some time working with The Bootleg Beatles themselves and is very highly thought of in Beatles land.

His favourite Beatles song is Don’t Let Me Down

George used to play in a Wings band and is quite the multi-instrumentalist, playing not just bass but guitar, piano, and drums!

Well he would say that wouldn’t he, cos he wrote it.

In fact Nick really is an accomplished singer / songwriter and has toured and lived in the USA and worked with Jimmy Page, Jason Bonham (son of John), Roger Taylor (Queen) and Mike Rutherford (Genesis) amongst many others!

Simon plays drums and Brian. Brian Epstein that is, as the manager of The Beatles For Sale and also the guy at the back.

His favourite Beatles song is Cry Baby Cry and he also plays with many other bands and solo performers.

The Beatles For Sale have a full repertoire of all the Beatles’ most famous songs; from early tracks such as Please Please Me and Love Me Do through to Rubber Soul and Revolver classics like Nowhere Man and Paperback Writer and right up to the likes of the seminal Hey Jude. The band will always try to accommodate various song requests and strive to work around the client as much as humanly possible!

Great show, good variety of songs and some humour too!

Absolutely awesome!! one of the best beatles tributes around!

Boys you were fantastic! I’m a Beatles nut as you know and you chaps were as authentic as they come. The dress, the sounds, the instrumentation, EVERYTHING was spot on. You took our wedding to a whole new level and I’d recommend you to anyone. Thank you for making things so special over there in France. Singing Till There Was You and I Saw Her Standing There with the band will stay with me forever – not to mention being able to have a solo dance with my new wife for your rendition of Something. Truly beautiful. Thanks lads! Jon.

Fantastic tribute to The Beatles. I have seen The Beatles For Sale numerous times. Always a great sound and stage presence. Highly recommended.

FAB Four! Excellent band! Thank you for making our day truly memorable and for indulging us with our own Stones tribute! Thanks also for letting guests get up to play and sing with you.
Actual quote from one guest: “they were so good, at one point I forgot we were watching a tribute band!”
Authentic, awesome and a pleasure to deal with. I hope you guys had as much fun as we did! I’d recommend this band to anyone, professional job boys, we can’t thank you enough.
I was lucky enough to be invited to a Beatles For Sale gig a few years ago on a trip to Cardiff. We had a great night. The music, the costumes and the overall experience was totally fantastic! You should come to Slovakia some time!
Fab evening at the bandstand despite the rain .. Cheers guys keep up the good work and having fun
Clients

Recent venues include The Excel and QEii Centre’s in London, Birmingham’s NEC, Liverpool’s fabulous Echo Arena, The Cavern club (also Liverpool – but you knew that already!), the old Apple store in Baker Street and even the Abbey Road studios themselves.

Where do they perform?

The Beatles For Sale perform weddings, parties, corporate events and festivals, The Beatles For Sale will liaise with you to ensure you get the very best experience. We welcome ‘would be’ Beatles joining us on stage (always great fun!). Additionally, the group’s PA system can be used for personal mp3 players or laptops to cut costs or the band can supply a DJ if preferred.  Performing those great songs such as From Me To You, She Loves You, I want to Hold Your Hand, Can’t Buy Me Love, a Hard Day’s Night, I feel Fine, Ticket To Ride, Help!, Yellow Submarine, Hello Goodbye, Hey Jude, Get Back, All You Need is Love.

The Beatles For Sale performance is usually 2 x 60 minutes sets depending on the venue.

The Beatles Tribute Band Are Ideal For