An Exciting Tribute Band…Standing On The Shoulder Of Oasis.

Standing On The Shoulder Of Oasis... Oasis Tribute Band Are Ideal For 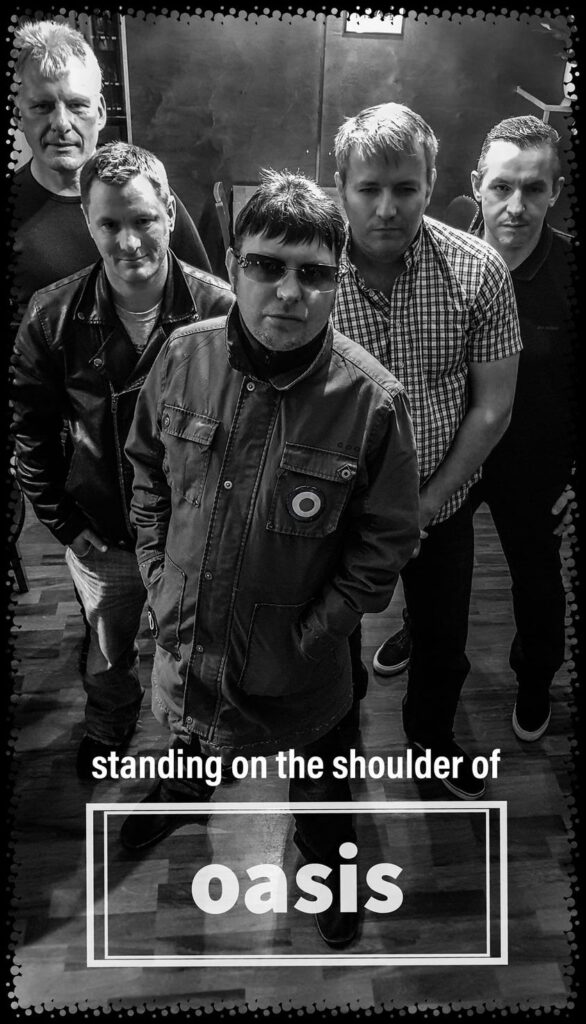 An Exciting Tribute Band…Standing On The Shoulder Of Oasis.

The Oasis Tribute band started up in the September of 2012 in Manchester and are made up of a bunch of talented enthusiasts who perform and recreate the live versions of the greatest hits. They are focused on bringing fans the live experience that they wanted to have, particularly when it comes to the ambiance, the energy and the aesthetics of the early years of the band with the music that made Oasis rise to stardom.

Featuring a repertoire of hit songs from albums like Definitely Maybe, Morning Glory and Be Here Now, they play each track perfectly and with the same feeling that you would expect from the real members. Listening to the band you can re-live the experience, the excitement and the unique energy of Britain’s best ever rock ‘n’ roll band . Live forever! Bringing the ultimate live oasis experience to a venue/event/festival near you soon.

A great 5 piece band from Manchester.

Performing songs such as:-

Don’t Look Back In Anger,

Thank You For The Good Times,

Half The World Away,

All Around The World,

Go Let It Out,

Went to see these guys they were surperb

Had a total Blast at The Victory great bunch of lads

Yes they supply their own. Which is included in the fee

Yes they do, travelling costs and accommodation may have to be taken into consideration within the fee.

2 x 60 mins sets Depending on the event

Standing On The Shoulder Of Oasis... Oasis Tribute Band Are Ideal For