Michael Jackson Tribute Is Ideal For 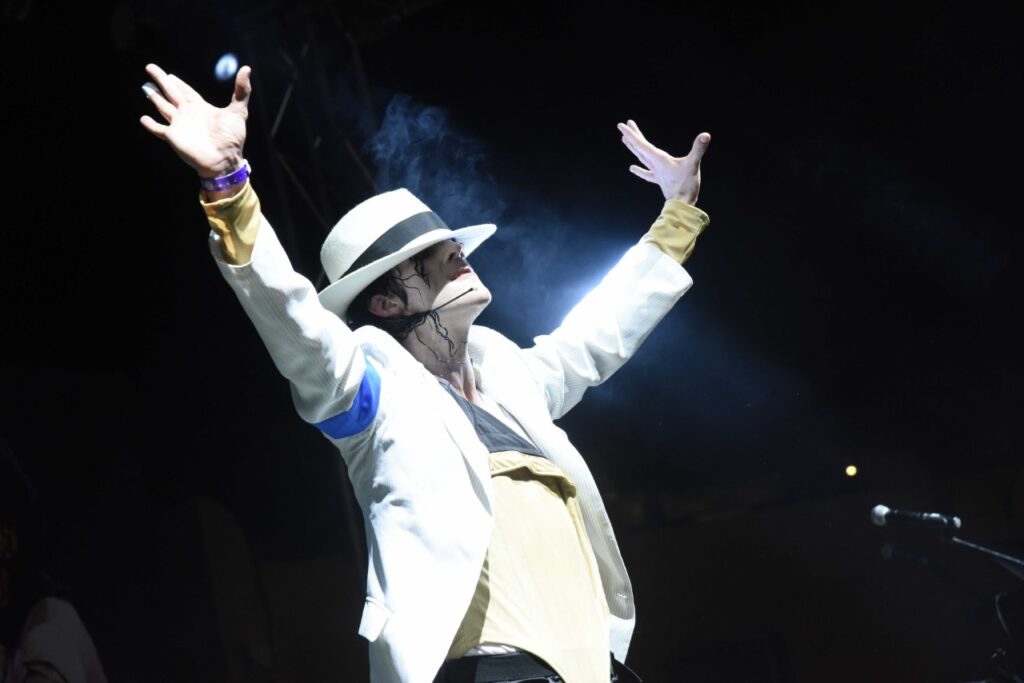 Rory is the Most Detailed & Energetic Michael Jackson BAD Tour Concert Experience of the highest quality!

Rory Jackson has developed his 2 x 45 minute set production Michael Jackson Tribute show to a fine art for you to truly experience the physical, athletic embodiment and the magical showmanship of the legendary King Of Pop Michael Jackson as a (Michael Jackson Bad World Tour Concert Experience) which has so much energy and passion behind every move he makes onstage, you will feel like you are watching Michael Jackson himself!

Rory Jackson is 100% natural at impersonating Michael Jackson and performs all the trademark vocals pitch perfect, his dancing totally defines the words skill and stamina and is one of the busiest and most famous Michael Jackson Tribute acts in the World.

So, if you will love to see Michael Jackson’s moonwalking magic up close and personal, Rory Jackson is the man to come and see!

Another Part Of Me

We Are Here To Change The World

Things I Do For You

Way You Make Me Feel

Man In The Mirror

Rory Jackson is a great entertainer. I’ve seen his shows a few times now and I could just watch him dance forever.The energy and passion he has is phenomenal. Obviously being an MJ fan, it’s amazing to see Rory’s moves bring the real MJ back to life. Well worth seeing him live in action for a great evening out at one of his shows
Claire CowellMichael Jackson woz and still is my idol and you are the next best to him the way you move walk talk even look like him is amazing i’v seen you 3 times and each time you make me feel like im seeing Michael for real the king of pop lives on in you,  keep his dance moves alive never let him go Rory x
Michelle PaineAn  amazing as a Michael Jackson tribute act. I was amazed at the likeness. This show is highly energetic & you can see his dedication to detail in every number. I would thoroughly recommend this show, a great night out for everyone but particularly MJ fans.
Hannah SmithyRory Jackson is amazing as a Michael Jackson tribute act he has sooo much talent and energy on stage no matter how big or small the venue Rory always gives a fantastic show I have seen him 7 times now and I always have a great time it really is like watching michael himself
Kim LorraineHave seen this tribue twice he’s absolutely awesome his showman ship is to perfection go Rory xx
Kim ScottMichael is my idol absolutely love him!! I’ve seen you  before & you are  brilliant x
Sharon JonesThe ‘Bad’ L.P was the first record I independently purchased as a child. Michael Jackson was always my king of pop. The music has always been amazing and his dance moves second to none. I had tickets for the tour that never came to be. Although I’ve never seen him live I know his outfits, his moves his mannerisms. Watching you on stage brought me such joy as he uses the right outfits for the right songs and executes each move with the precision I’ve seen in many an M.J video.
The attention to detail in the costumes and choreography makes you the only Michael Jackson act you need to see. Thank you for keeping his music and moves alive. Xxx
Beckie DewingMicheal Jackson is my idol. Always loved him always will, his music will never die.  I’ve seen you twice now & all I can say is you’re beyond talented. Your moves are second to none, you do it with such passion & expertise it’s like you are Micheal. Your shows are always amazing & so well put together, you can see the dedication & hard work in everything you do. The presence you hold on stage is electrifying & just breath taking. Keep doing what you’re doing as you’re first class

. I’m hoping you come back to North Norfolk or somewhere close so I can come see you again! Thanks for keeping his spirit alive

Performed on Britain’s Got Talent

The city & port of Bristol Social and Sports Club
Bristol

Michael Jackson Tribute Is Ideal For