Pippa Langthorne Is Ideal For 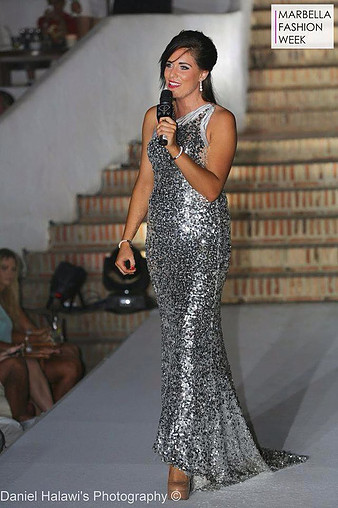 From a young age Pippa discovered her voice but didn’t understand it’s true capability until she was in her late teens, at Worcester college. Pippa studied the violin and classical voice passing all her exams with the Royal Associated Board of Music with distinction.

At the age of 18 Pippa went onto train with the South Wales Opera society and upon her return back to Worcester her career in music began.

Pippa was spotted locally and asked to sing the national anthems for England and Italy Rugby, live on Sky sports. Following this opportunity Pippa was snapped up by a major management company in London where her international tour began.

In 2010 Buddy (Lhasa Apso) was born and came into her life with a very surprising talent, he could sing too! Videoing this extraordinary duo and putting on YouTube Pippa and Buddy found themselves on the audition stage of Britain’s Got Talent.

Passing all stages with flying colours they reached the live semi-finals of Britain’s Got Talent in 2011 receiving a standing ovation from Mr Simon Cowell quoting “All my life I’ve been waiting for this, best double act”, Amanda Holden quotes, “This was a life changing moment for Simon, Pippa looked like an angel”.

Her career rose to stardom, receiving the recognition her talent deserves appearing as a guest on many television shows including; This Morning, Daybreak, BBC News, Live with Gabby and many more.

Pippa comes from a background of catering and hospitality as her parents owned a chain of restaurants where she learnt her craft by regularly performing at one in particular, Bridges, each December she would write and produce a Christmas show with former entertainer and comedian Dave Barry, where they would invite 100’s of coach companies to enjoy a Christmas lunch and watch an hours show.

As a Classical vocalist she wanted to explore other dynamics of the classical genre and so she collaborated with DJ’s in London to produce a ‘Popera’ track called “Natural”, this was launched in 2012 at the popular night venue DSTRKT. Following the success of this track she recorded her version of “Chasing Cars”.

If you would like an extra sprinkle of glamour for your event, music for any type of occasion; Weddings, Charity events, Gala dinners, Sporting events, Funerals, Anniversaries, Christmas, Birthdays, Fashion shows & Engagements.

Having  an extensive repertoire for you to select a preferred set list to suit your event, which consists of; Opera, Classical, Hymns, Christmas songs, Jazz, Musical theatre and Pop.

Pippa can also be booked as a surprise singing waiter solo or part of a team.

Joining  forces with Ben Jones an extremely talented vocalist from the West Midlands, they have collaborated in creating a sensational show “Jazz My Swing Up”, full of fun, great music, audience participation and interaction.

Pippa is a solo performer

Pippa has an outstanding vocal ability, she was able to melt her audiences hearts with just a single note
– Musical Director

What a great show, Classical arias yet modern music with the entertainment factor for my cli-ents – Entertainment Manager at Elea Paphos, Cyprus.

Pippa Langhorne recently performed at the NEC in front of thousands of people.

Last night she gave a quite extraordinary performance in our home at our Christmas party in front of just 45 people. The intimate concert left all our friends and neighbours speechless!.

She really does have the voice of an angel. A very special evening that will never be forgotten. Pippa’s unique talent is a true wonder.

Just to say Pippa was amazing, she really did make the evening. I was
overwhelmed by the comments my guests made and I would definitely book her for another event.

Please pass on my personal thanks to Pippa, she was very professional
and has an amazing voice.

Pippa would be an amazing Wedding Singer for your Wedding

Having a  wealth of experience behind her with sell-out tours solo and with the double act in both Cyprus and the UK, even around the Icelandic Feuds with CMV Cruises.

Was Pippa on TV?

Pippa Langthorne Is Ideal For