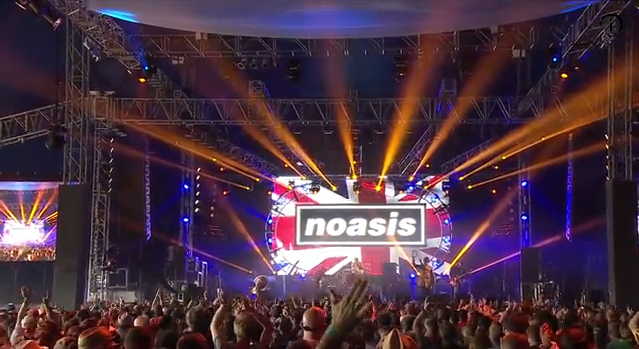 Noasis is the definitive tribute band to Manchester’s five piece super group Oasis. Since their formation in 2006 and with over 900 performances to date, this amazing Tribute Band have justly earned their reputation. With an obsessive attention to detail the band recreates the real Oasis experience with such amazing and awesome energy playing all the classic songs as if they were their own.

Performing songs such as Wonderwall, Don’t Look Back In Anger, Live Forever, D’You Know What I Mean? Cigarettes & Alcohol, The importance Of Being Idle, Gas Panic, All Around The World, Half The World Away, Cast No Shadow, Acquiesce,.

She’s Electric, Bring It On Down, Talk Tonight, Go Let It Out, Whatever, Stay Young, I Hope, I Think, I know, Little James, The Meaning Of Soul, Fade In Out, Let’s All Make Believe, My Big Mouth, The Hindu Times, Idler’s Dream.

Noasis performed Live on the Chris Evans Breakfast Show to great acclaim from the legendary DJ. The band also performs at Carfest North and South Festivals for BBC Children in Need.

Noasis performed Live at Wembley Stadium to a sell out crowd prior to the Saracens vs. Harlequins game.

Noasis are regular performers at the legendery Isle of Wight Festival.

Noasis performed six songs Live in The Queen Vic for a 2015 Christmas episode of Eastenders.

We normally do 2 x 45 minute sets but these can be extended to 60 minutes if required.

No 1 Oasis Tribute Band in the UK

Yes no problem at all.  If the venue is large they will hire a PA System which will be included in the fee.