Mike Surman Is Ideal For 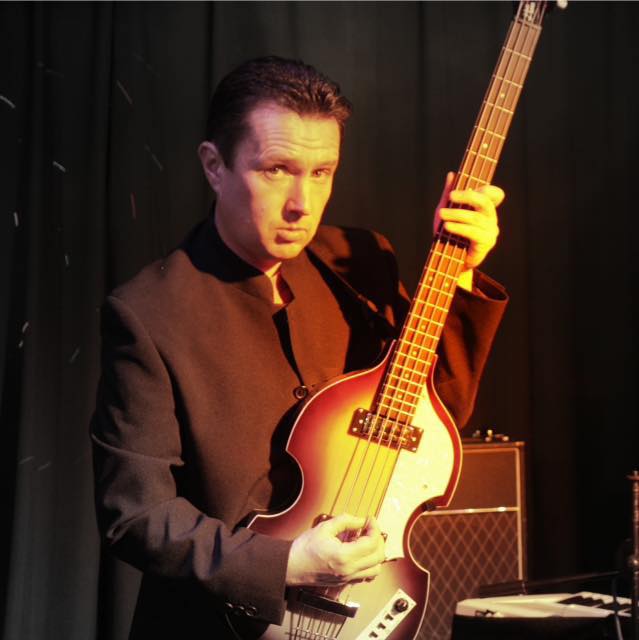 Mike Surman is a solo artist performing songs with full music backing from the 60s to the 90s from performers such as The Kinks, The Beatles, The Monkees, The Jam, The Rolling Stones and also northern soul, Motown, rock ‘n’ roll and R‘n’B. Since 2001 he has performed solo in pubs & clubs, special occasion functions and supporting Top Ten artists such as Roy Wood, Howard Jones, The Ronettes, John Otway, The Searchers, Fab T Birds, The Zombies, Belinda Carlisle, The Christians & Tony Hadley. Mike is also part of a Beatles Tribute,  Naked Beatles and also in a Duo  Soul Brother Soul Sister

Soul Brother Soul Sister (Mike Surman and Siouxsie) are a duo from the West Midlands performing Motown, Soul, Northern Soul and Ska Classics with backing tracks and live instruments.
All our backing tracks are produced to a very high standard and presented using only the best PA, lighting and instruments.
Also for the last eight years, Mike has supported the Counterfeit Stones on their every visit to beautiful Wolverhampton playing to packed houses with only his voice, guitar, and bad jokes…

Mike Surman started as a live musician in the band JPF singing most of the songs and playing a bit of guitar. From there he joined Peercargo as a keyboard player/singer and then a small stint in Acoustic Highway performing covers from Crosby Stills and Nash to James as well as original songs.

Performing solo was pretty much an accident and after winning a talent contest Mike was asked to support the legendary Roy Wood on his 30th anniversary tour in 2001. After that monumental weekend the gigs and requests were endless.

Mike is a solo performer

Performed by Mike Surman with authentic instruments, amps and suits. Covering the best of 2 Tone, Ska, Reggae and Soul; covering artists such as Madness, Bad Manners, The Specials, Bob Marley, John Holt and The Beat. Music in-between sets will be related to the genre.

Wingspan is the ONLY solo tribute to the music of Paul McCartney performed by Mike Surman current frontman of the Naked Beatles, the UK’s leading and most authentic sounding Beatles tribute and described by Tony Hadley as a fantastic vocalist.

Mike Surman last night was brilliant. We would love to have him back. The atmosphere was fantastic! Baldwin Arms June 2018.

Who Has Mike Supported ?

Since that performance Mike has supported and shared the stage with 10cc, Paul Carrack from Mike & the Mechanics, Tony Hadley from Spandau Ballet, eighties legend Belinda Carlisle, Go West featuring both original members Peter Cox and Richard Drummie, Motown giants Martha Reeves and the Vandellas, Ronnie Spector from the Ronettes whose hits include Be My Baby & Baby I Love You, David Essex, Howard Jones, The Fab T Birds, China Crisis, The Real Thing, The Foundations, The Searchers, Bev Bevan, John Otway, The Christians, Roy Wood a further two times and for ten years The Counterfeit Stones, the world’s finest Rolling Stones tribute.

Wingspan a solo tribute to Paul McCartney and The Beatles

Mike Surman Is Ideal For