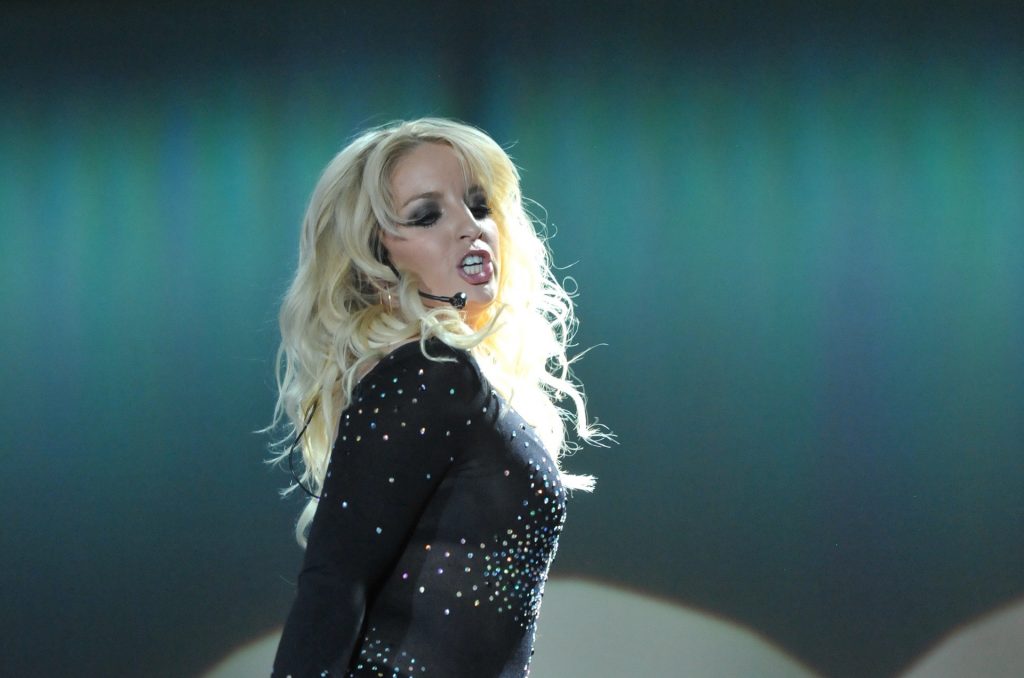 About
Line-Up
Playlist
Reviews
Clients
FAQs
Performance
About
Michaela is recognised as the American pop star all across the globe, which has led to her performing her tribute show in Dubai and being used as a celebrity look a like in Los Angeles. Michaela has also appeared as Britney Spears in appearances for the BBC, ITV, Channel 4, Sky and More, including a recent appearance on the popular CH4 programme Don’t Tell the Bride.

Having received recognition from Britney Spears herself, for her uncanny likeness, its clear that our “Michaela As Britney” is the Number One choice when looking for a Britney Impersonator.
Each show includes a free meet & greet after the performance, where audience members can have a photo with the Britney Spears Double.

If you are looking to hire a Britney Spears tribute act for your upcoming event, you can rest assured your guests will be absolutely star-struck with the likeness to Britney that Michaela prevails it has to be seen to be believed. Just get in touch with us at M8 on 07515789837.

Michaela began impersonating Britney Spears in 2005 after being nominated for a TV show award at just 17 years of age. The demand for Michaela to appear and perform as Britney lead her to develop her own Tribute Show to the pop icon beginning in 2009. Britney Spears herself recognised and invited Michaela backstage, at her Piece of Me show in Las Vegas, due to the pairs likeness in 2014.

The superstar shared the duos image across social media, and  soon became recognised as the best. Singing hits such as Gimme More, Oops! I Did It Again, Baby One More Time, Criminal, Womanizer, If U Seek Amy, 3, Sometimes, Everytime, I’m A Slave 4 U, Lucky, Circus, I Wanna Go.

The show can be adapted for various events, from a single song performance to an hours show with professional dancers. All complete with a meet & greet / photo opportunity with the number one Britney double!

Performing at Weddings, Birthdays, corporate events, product launches, grand openings, fun days, nightclubs, festivals, Prides and so much more… Each time, the show is adjusted to suit the audience or event at hand. If you wish to book cannot our team on 07515789837.

Michaela can offer a solo tribute show to Britney Spears or a full show with professional dancers.

Oops! I did it again

If U Seek Amy

“Michaela did our Britney spears the Circus tour in our, circus Big Top, She is 100% world class, don’t even consider another Britney tribute, if you want the best go straight to Michaela.” Rusty Russell, Russell’s International Circus

Which events do you perform?

The “Michaela as Britney” show consists of high energy, live vocals and intense dance routines; exact replicas to those performed by Britney Spears in her music videos, on tour and in her live performances.

2 x 45mins sets or one full hour show with dancers