Ian Stott Is Ideal For 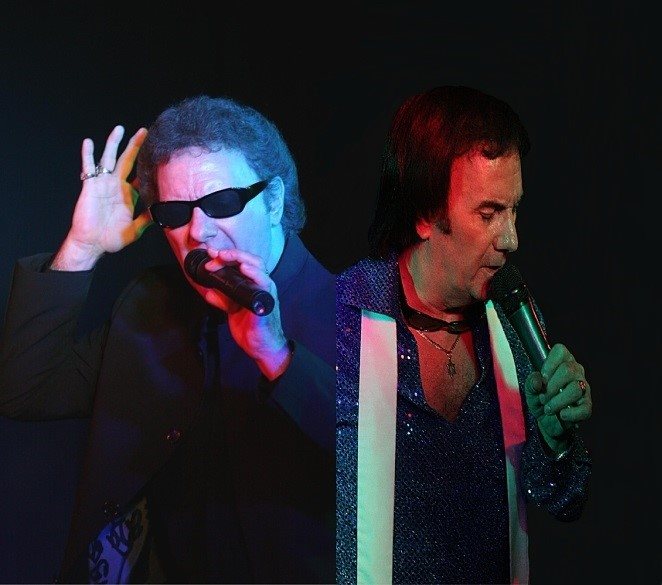 Tom Jones Tribute Ian Scott is first and foremost an amazing vocalist. Sir Tom Jones is a very hard vocalist to impersonate as a Tribute Act and the majority fail in their standard of singing. Ian has THE VOICE to accomplish the task and rise to the occasion. Ian also bears a very strong resemblance in his tribute to the Welsh Legend Tom Jones and has been used for lookalike work in London (Susan Scott Lookalikes, Big Event & Lookalikes Unite) and Greece (A-List Lookalikes). With the power and vocal ability and the soundalike qualities, coupled with all the moves, mannerisms and Welsh-speaking voice, Ian’s show is the closest thing you can get to the full package.

He performs so many shows in Wales that the No.1 Welsh Shirley Bassey Tribute Liza (Starlight) Baker, from Pontypridd – Tom’s hometown, has asked Ian to join her as a Double-Bill Sir Tom Jones Tribute and Dame Shirley Bassey Tribute Show. She was a star of ITV’s 2004 X-FACTOR. SIMON COWELL called her “the Mini with a Ferrari engine”!

Ian’s vocal and visual tribute act to the iconic Sir Tom Jones is in huge demand around the world after appearing live as the “THE VOICE” on GMTV with KEITH CHEGWIN at Pendine Sands in South Wales in 2007. He is used to appearing with the stars and has been booked a few times now by the TV companies to sing before the cameras. Ian has become one of the most popular and in demand Tom Jones Tribute Singers.

His Tributes to Neil Diamond and Tom Jones received an official GOLD AWARD from Music Events (London) in 2003. Ian has appeared as Tom Jones on GMTV with the legend KEITH CHEGWIN in South Wales, singing ‘Delilah’ and ‘It’s Not Unusual’ – Granada TV, SKY TV (at Hull Kingston Rovers in front of a 15,000 Super League crowd), the BBC at a London Marathon charity Tom Jones Lookalike event and Channel 5 in an advert where he played the part of a cabaret singer.

Big corporate shows are Ian’s speciality and he has sung Tom Jones’ hits for ALAN SHEARER and SIR BOBBY ROBSON and WILLIE THORNE the legendary snooker player. In June 2009 Ian performed a celebrity summer party for a Millionaire in Northants, attended by the Supermodel ‘CAPRICE’. He has performed with the comedian FRANK CARSON in Tenerife and the Merseybeat legends the SWINGING BLUE JEANS in Marbella – Spain and also performed his Neil Diamond Tribute to ex-England Footballers in Portugal and the Dilmun Club in Bahrain. He is now the agent’s first choice International Tom Jones & Neil Diamond Tribute Impersonator.

Ian performed in Granada TV’s OFFICIAL ‘STARS IN THEIR EYES’ – UK Theatre Tour in 2003, which began at Her Majesty’s Theatre in London with BRADLEY WALSH as compere, appearing with the Grand Finalists & Heat Winners from the famous TV show. Since then he has gone on to become the headline act on board the fabulous P&O’s OCEAN VILLAGE Cruise ship appearing 12 times in the Caribbean and Mediterranean and the Pride of Bilbao to Spain (twice).

Ian has had many honours over the past 10 years he has been performing his world-beating Tom Jones Tribute Show. From the Gold Award from Music Events London, recording a demo ‘The Price of Coal’ for Tom Jones himself, written by Tom’s 80’s hit songwriter JOHNNY CAESAR, performing at Wales’ major venue the Millennium stadium a record 3 times and promoting Tom Jones “Route of Kings – Party in Hyde Park” for Exposure promotion company in 2002 (singing to the fans from a security buggy before the show).

He has performed all around the globe and is known as ‘THE VOICE’ amongst his peers. Performances in Dubai, Bahrain, Barbados, Marbella, Costa-del-Sol, Spain, the Algarve, all over the Caribbean and Mediterranean, Greece, Tenerife, Corfu ….. the list is endless and vindicates Ian’s title as the International No.1 most booked Tom Jones Tribute & Neil Diamond Tribute impersonator. Back in the UK Ian has performed his show at major rugby & football stadiums including Hull Kingston Rovers, Liverpool’s Anfield, Leeds United, Aston Villa, Walsall, Southend and Rochdale. (Hull Kingston Rovers & Southend were on the pitch under floodlights to over 10,000 capacity crowds).

Ian flew to Tenerife in February 2011 to perform his Tribute Show on the ISLAND ESCAPE Cruise ship, as it sailed to Gran Canaria. Ian was selected by Live Business at a showcase for QUINN ARTISTES in 2010. It is a great honour to be selected by so many Cruise lines and you will find that only the very best singers like Ian, Billy Lee, Martin Jarvis, Glen Leon and Andy Wood are selected for the Cruise liners. It is such a competitive industry and one karaoke act will empty the theatres on board these ships very quickly!!

The greatest highlight of his career was performing as support act to the fabulous ALEXANDRA BURKE – 2008 X-FACTOR Winner in November 2010 at Merriscourt in the UK (See Video above). The event was a celebration of a millionaire’s birthday. The list of achievements is unbeatable and unrivalled if you compare Ian with all the other UK Tom Jones & Neil Diamond Tribute Acts. Ian Scott – The Voice is ALWAYS the First Choice!!

Take a look at what else M8 entertainments have to offer https://m8entertainments.com/category/popular-music-bands/tribute-bands

Ian Stott Is Ideal For