Forever Jackson Is Ideal For 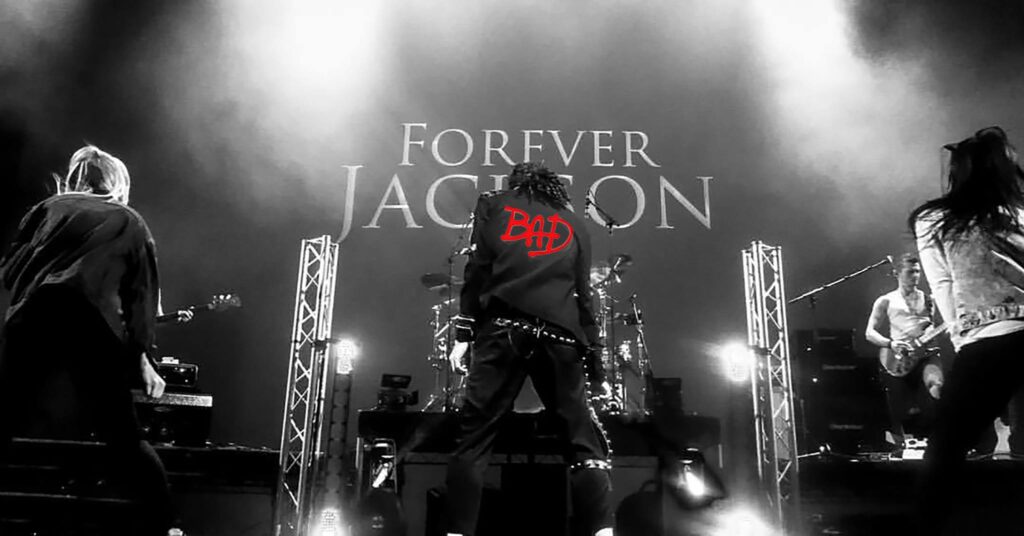 Forever Jackson
THIS IS IT

‘Forever Jackson’ is the ultimate tribute to Michael Jackson setting the industry alight and selling out venues wherever they go. Awarded the ‘No.1 UK Michael Jackson Tribute Show’ at the 2013 UK National Tribute Awards (as voted for by the UK Agents Association) which no MJ show has won since, the show has become one of the most in-demand tributes in the country and Europe and is fast becoming THE number one Michael Jackson show to see. This was proven when MJ fans voted Forever Jackson in a 2017 poll on MJVibe.com as the No.2 show to watch in the world!

In the past six years Forever Jackson has headlined in resorts, festivals, theatres, hotels and high profile events in countries such as Dubai, India, Crete, Turkey, Spain, France, Mexico, South Africa and Egypt as well as Nationwide across the UK. Averaging at 150 shows annually, they are in high demand.

Robin Parsons pays true homage to the late great King Of Pop. Singing 100% live lead vocal, his voice replicates the distinctive tones of Jackson – you could be forgiven for believing he mimes! His dancing mirrors the legend in every detail, step for step right down to the smallest of mannerisms and his look (created through a two and a half hour process using ONLY theatrical make-up) is the exact image of MJ. He has spent over half of his life studying Michael Jackson in meticulous detail to produce the closest complete likeness currently performing today.

Robin has been a long time fan and learnt to replicate Michael’s abilities through a love of performing. His dedication paid off in a big way when he got to live out a dream and performed for Michael Jackson in 2003 at his 45th Birthday show at the Orpheum Theatre in L.A….an honour only a very select few have experienced!

Forever Jackson is backed by an amazing all girl dance team known as Hip Hop Pop. The girls, choreographed by Jenny Bater (who is considered to be in the top 5% of UK choreographers) perform the classic world-famous routines whilst adding a little something extra for the modern age of music. They are simply electrifying!

This full production show features a live band – made up of highly experienced musicians who have played for and supported A-list names including Bon Jovi, Katy Perry and many more, HD projections that create the scenes, sets and also react to the stunning choreography and special FX that includes some of the iconic MJ signature moments such as the Smooth Criminal ‘Lean’ and more

With wonderful touches of originality, visual extravagance throughout and a set list for all ages, (whether a fan or not) this is truly a production for everyone.

LEGACY OF A LEGEND

Forever Jackson continues to perform globally, offering the closest experience to that of the original King Of Pop and giving fans old and new a chance to experience the magic of Michael Jackson!

Offering variations on the show set up so as to suit different venues and their needs, this is a show that can be watched again and again on different stages or at the same venue!

FOREVER JACKSON currently performs 130-150 shows approx, worldwide in a variety of different venues and events and can be tailored to fit different budgets and clientele needs.

The best Jackson tribute I have seen!! Amazing singer and dancer

Forever Jackson is the best and nearest Tribute to Michael there is and Robin is one of the nicest men you could ever meet. I really recommend you see him. and wonderful backing dancers and band

A fantastic celebration of a amazing artist. Really enjoyed the show. Dancing, vocals and costumes were excellent. we danced and sang to all the hits and had a great night.

Excellent tribute act !! Big M.J fan and he does him proud !

Saw you yesterday at Beachcomber and you were absolutely brilliant! I’ve heard a few other Michael Jackson tributes but non have sounded like Michael as much as you did. It was amazing! We’re already looking at your tour dates to see where we can go to see you again. Thanks for the awesome entertainment!

If he is performing with dancers we usually say 2 hour set up time.

If you give us a call we can discuss this option with you.

Forever Jackson continues to perform globally, offering the closest experience to that of the original King Of Pop and giving fans old and new a chance to experience the magic of Michael Jackson!

Offering variations on the show set up so as to suit different venues and their needs, this is a show that can be watched again and again on different stages or at the same venue!

Forever Jackson Is Ideal For