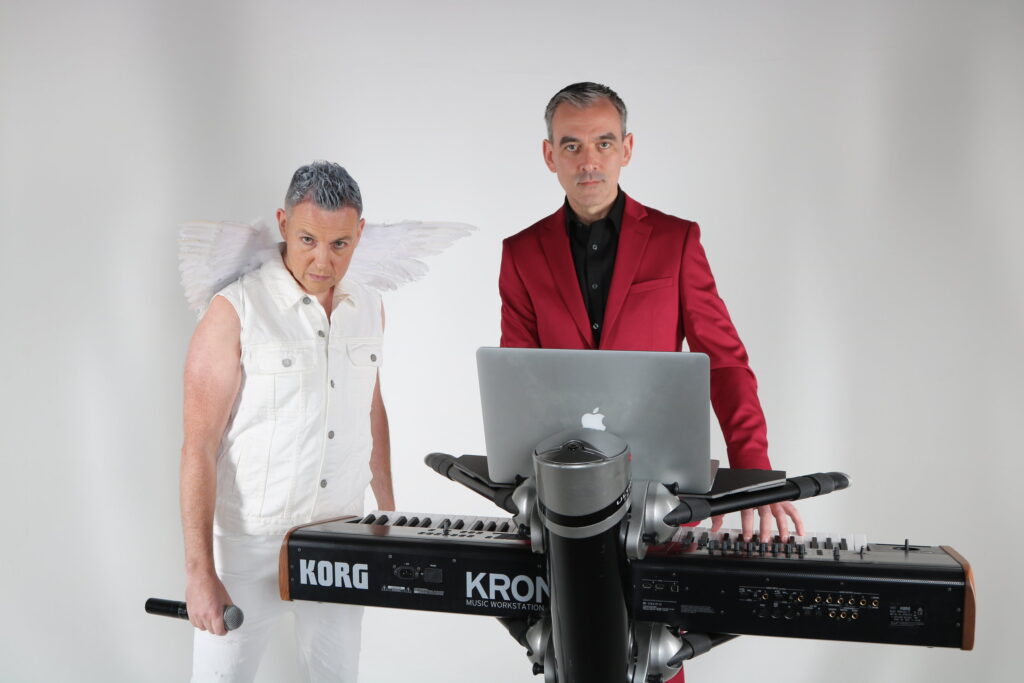 Erasured, is made up of Mark and Pete when they met in 1996 , both gravitated to Manchester, producing two albums of original material together.

After Mark appeared on ITV’s “Stars In Their Eyes” in 1995 (and again for the Christmas special in 1996) as Erasure’s Andy Bell,  it was suggested by a mutual friend they should consider performing as an Erasure tribute band.

They toured the tribute circuit for a further 10 years, including a number of Pride festivals, performing with the likes of Hazel Dean, Adam Rickett and Sonia.

After 10 years of hard gigging the fun just wasn’t there anymore, and both Mark and Pete remained firm friends but diversified into other areas of the music industry.

Then in 2018 Mark and Pete were invited to recreate the recent arena gigs Robbie Williams had done with Erasure. They agreed to do the gig as a ‘one off’ for nostalgia’s sake. The show was a huge success and they again found their passion for Erasure music, and started touring again, with new technology and new outfits!

“Your colours are magnificent from magenta to bright blue”

Absolutely terrific act! These guys are the perfect tribute. Excellent choice of tracks, and Mark is a fantastic singer. He really captures the look and spirit of Andy. Both are lovely guys to boot. We were dancing from start to finish, would highly highly recommend.

Had a fantastic night in Chirk Tav ! Never sat down Brilliant duo x

Brilliant show from this erasure tribute. The best out there in my opinion

They are just awesome…

They have a PA system and lighting suitable for small to medium sized venues (up to about 200-250 people) and this is always included in their quote. For large venues there may be a requirement to hire in additional equipment and we would advise you of any additional cost when quoting.

Our many years of performing have taught us what works best to ensure guests have the best time, and our set lists are structured accordingly. However, we’re always happy to chat and make sure we have what will work best for your event.