Hotels in the UK or abroad, Hotels, Pubs, Clubs, Private Functions, Parties and many more 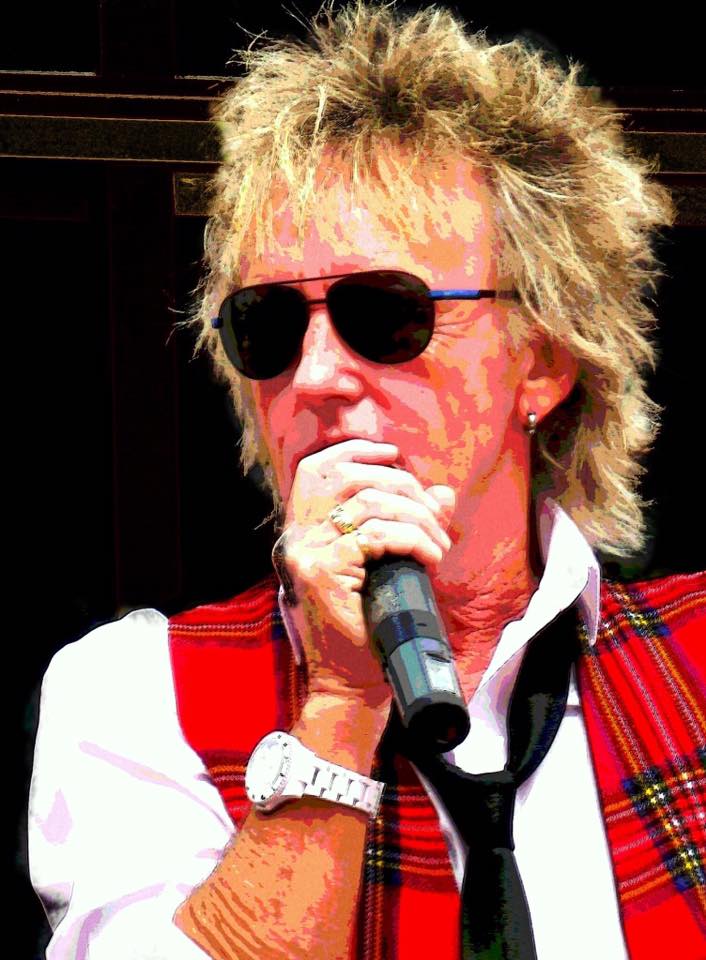 The Show, The Voice, The Songs, The Look, The Costumes, The Moves, The Mannerisms, when it comes to “Rod Stewart Tributes” they don’t come any more authentic than “David John” A full 2 hour show packed with Rod Stewart songs stretching back to 1969 and the classic “Handbags & Gladrags” to songs from the 2018 album “Blood Red Roses”.

A uniques show that is absolutely loved by everyone that gets along to see David perform. No set lists, just 2 sets of great Rod songs, including songs from The Faces, American Songbooks, The Soul Book, plus all the hit singles going all the way back to the 1969, no two shows are the same. A Song book for requests is at the front of the stage during the show, just write down your favourite song, add your name or reason for the song if you like and you will be added to the show. So make sure to get your favourite song requested.
Biography
David is just the most down to earth person you could meet, always got time to chat and have photographs before, during and after his show, a true professional. This first class “Rod Stewart Tribute Show” is in great demand both in Spain and in the UK.
A fantastic nights entertainment, David John will have you singing, dancing, clapping, cheering, laughing & crying all in the same night as he takes you on an amazing musical journey covering 6 decades of incredible songs from the legend that is “Sir Rod Stewart” .
David John’s ability to connect with his audience has to be seen. A definite one of a kind……..
This show is suitable for all events & venues.
Line-Up

Have I Told You Lately

I Don’t Wanna Talk About It

You Wear It Well

First Cut Is The Deepest

David John is such a great showman. Everyone was up dancing, singing along and clapping their hands and joining in. The atmosphere was electric, I didn’t want the night to end.

David thank you for a fantastic night, you were brilliant and we were so thrilled to see you and can’t wait to see you Again in the New Year. You are even better than Rod himself.

Although this review is long overdue I still wanted to take the time to write one so I can express how brilliant the show was and how grateful I was for David coming to perform at our garden party last year in September (when we were allowed). The party was a very small event for my mums 60th (not what we’d planned but we still wanted to make it special) and despite there being limited numbers (due to the restrictions) he made it sensational!!!!! The atmosphere was brilliant and everyone had the biggest smiles on their face (half of the village also enjoyed the performance from their own gardens). He even made the sun come out. I would highly recommend booking David for any event, big or small as it will be electric ????

Being a Rod fan all my life and seeing him more times than I can remember, and seen the many many Tributes to Rod all over the world some good some not so good. A friend said I had to go and see a guy called David John perform his Rod Stewart Tribute Show as he was brilliant. I went to the show and I have to say David John is the nearest to Rod Stewart I have ever seen. I closed my eyes and it was like listening to Rod, I opened them and it was like watching Rod himself. The looks and mannerisms spot on. Chatted to him after the show and what a gentleman, he had time for everyone and was more than happy to have his photo taken with the many fans that were there. Definitely recommend David John to everybody.

Hiya David thanks for a brill night, had all great feedback everyone enjoyed it xx hopefully manage to sort a gig out again soon xx

The Emerald Isle in La Florida

He provide’s  a sensational Rod Stewart with so many great reviews, they speak for themselves that people love his  show,  he is also willing to perform abroad

Yes. David’s outfits are extremely expensive they cannot be left in rooms that are commonly used during the event by guests. For example a toilet. However, it needn’t be anything fancy, a simple room that is nearby will suffice.

Being an fan, David already knows all of Rod’s songs and if a particular song is not in his  set he will most certainly learn it.

Hotels in the UK or abroad, Hotels, Pubs, Clubs, Private Functions, Parties and many more