David Boakes Is Ideal For 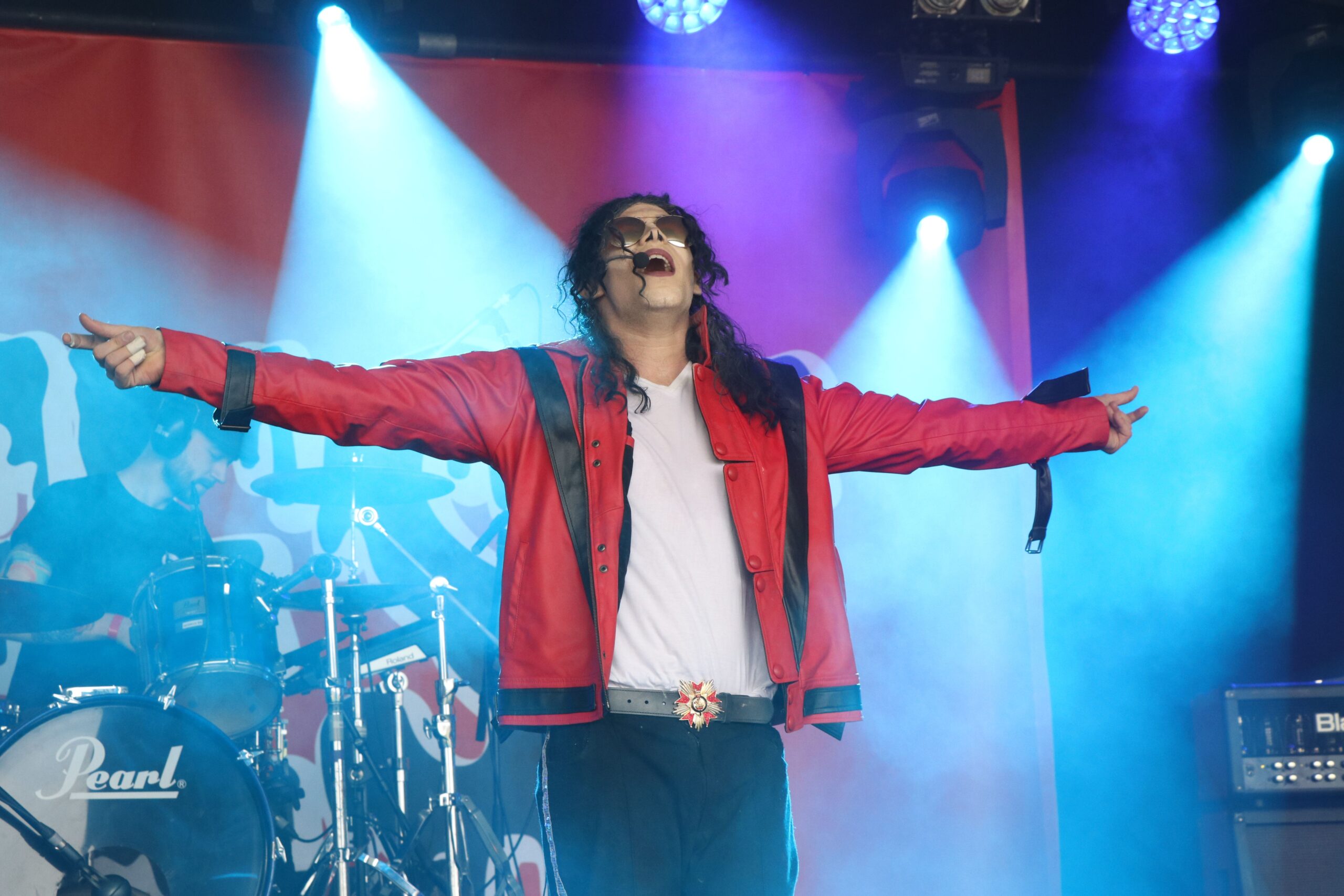 David Boakes is one of the most experienced Michael Jackson Tribute acts. He has been performing as the legendary MJ since the tender age of five. Putting on sold out shows, making special TV appearances, interviews, celebrity parties, high profile events, MJ album launches, performances around the world, and running a Michael Jackson Dance Company–it simply is a seven-day week Michael Jackson lifestyle.

David Boakes has performed in thousands of shows, each performance resulting in a huge demand for his return, proving he is one of the most popular tribute acts worldwide with a top class reputation. Yet to receive any negative feedback from a client. He has worked closely with many famous faces, some who have requested performances at their own events, some who have even travelled to his show just for their own opportunity to see him again.

David is100% devoted to Michael and this is easily noticed with every single performance, his live singing, dancing and show stopping moves are fully guaranteed to have you singing along to all your favourite songs.

Bad, Beat It, Billie Jean,  Black or White, Blame it on the Boogie, Can You Feel It, Dirty Diana, Don’t Stop Til You Get Enough, Human Nature, I’ll Be There, I Want You Back, Jam, Love Never Felt So Good, The Love you Save, Man in the Mirror, Off the Wall, Remember the Time, Rock With You, Shake Your Body Down, Smooth Criminal, They Don’t Care About Us, Thriller, Wanna Be Startin’ Something, The Way You Make Me Feel, You Rock My World.

Jake Woods–“I’ve seen you three times and the show just gets better every time.”

McMillan Cancer Charity–“It was lovely to have such an engaging act to help us raise so much money.”

Richmond Rugby Grounds–“It bought a tear to my eye to see you and10,000 people all singing Billy Jean as one.”

The King Of Pop Himself – Michael Jackson

Michael Joseph Jackson was born on August 29, 1958 in Gary, Indiana, and entertained audiences nearly his entire life. His father, Joe Jackson (no relation to Joe Jackson, also a musician), had been a guitarist, but was forced to give up his musical ambitions following his marriage to Michael’s mother Katherine Jackson (née Katherine Esther Scruse). Together, they prodded their growing family’s musical interests at home. By the early 1960s, the older boys Jackie, Tito and Jermaine had begun performing around the city; by 1964, Michael and Marlon had joined in.

A musical prodigy, Michael’s singing and dancing talents were amazingly mature, and he soon became the dominant voice and focus of the Jackson 5. An opening act for such soul groups as the O-Jays and James Brown, it was Gladys Knight (not Diana Ross) who officially brought the group to Berry Gordy‘s attention, and by 1969, the boys were producing back-to-back chart-busting hits as Motown artists (“I Want You Back,” “ABC,” “Never Can Say Goodbye,” “Got to Be There,” etc.). As a product of the 1970s, the boys emerged as one of the most accomplished black pop / soul vocal groups in music history, successfully evolving from a group like The Temptations to a disco phenomenon.

Solo success for Michael was inevitable, and by the 1980s, he had become infinitely more popular than his brotherly group. Record sales consistently orbited, culminating in the biggest-selling album of all time, “Thriller” in 1982. A TV natural, he ventured rather uneasily into films, such as playing the Scarecrow in The Wiz (1978), but had much better luck with elaborate music videos.

David Boakes Is Ideal For

“I’ve seen you three times and the show just gets better every time.”