Bon Jovi Uk Are Ideal For 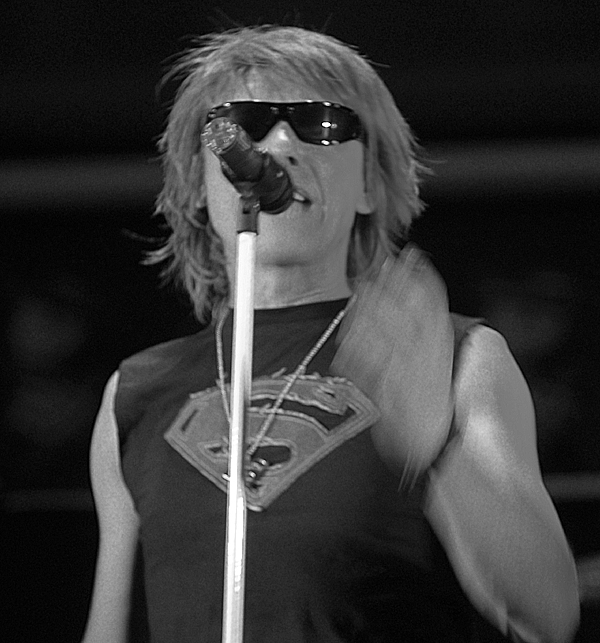 Bon Jovi comprises of five first-rate professional musicians each offering their own very impressive musical pedigree. With years of experience, touring, and hours of worldwide performances under their belt, it’s understandable why this tribute act is already a SELL-OUT show!

Together, the band creates an unforgettable experience, delivering a high-energy, raw talent, and unrivalled performance. Bon Jovi are fast becoming the go-to tribute act to Bon Jovi. With high notes, leather and all the greatest hits, it’s a show NOT to be missed…

A classically trained singer & actor, Nige trained at the Birmingham Rep & later moved on to more advanced courses including acting for television & film at RADA in London.

Over his performing career, Nige has played support to bands such as Simple Minds, Go West, King, Killing Joke, Stiff Little Fingers & also Tina Turner. He became a frontman during a tour with Paul Young & the Q Tips & concentrated on singing & acting. He went on to present programmes for BBC, Sky & Channel 4 News.

Nige has been involved in many recording sessions providing lead vocals for artists such as Twelfth Night, Pallas & Shri Zane. As an accomplished professional singer, he was later approached by a company working for SONY to do some recording for the popular PlayStation game BUZZ. He can be heard worldwide now as the voice of Jon Bon Jovi.

With a charismatic stage precence, JBJ’s smile & voice, Nige is rated as one of the best Jon Bon Jovi look-alike/sound-likes in the world.

Bob didn’t start playing guitar until he was 20, & is completely self-taught. He started performing live in the 80’s as part of a rock & roll duo & in the early 90’s joined a rock band called 69 Strutt covering songs by Motley Crue, Poison, Skid Row & Anthrax etc.

Later in the 90’s Bob joined ‘classic rock’ covers band Doctor Rock & then tried his hand as sound-engineer with Escapade, a club duo that eventually became a multi-tribute band called Rockaholic in 2001 (i’d need a few more pages to tell you about Rockaholic!)

Formed in 2010, Bon Jovi UK is the perfect band for Bob as he has been a  Bon Jovi fan since the very beginning.  He has studied his guitar hero & main influence Richie Sambora in detail, to bring the most authentic performance possible.

Rich’s musical career started many years ago when he was just 12 years old. He played in a band called “The Young Ones” covering songs by The Shadows.

He progressed from this to playing with a brass band for a while before moving on to other local bands, gaining experience of performing live & expanding his knowledge of different musical styles.

His varied taste in music ranges from James Brown to Dream Theatre, but he doesn’t like ‘Heavy metal’, ‘Grunge’ or (as he describes it) “Growling stuff”.

Rich is however a Bon Jovi fan & he captures the look & sound of Tico Torres perfectly, which makes him an extremely popular member of Bon Jovi UK.

Craig’s first love in music was 80’s rock with Bon Jovi being his favourite band. The albums Slippery When Wet & New Jersey had a huge influence on him.

Craig started playing bass at 16 because, he says “everyone I knew was a guitarist”. He joined his first ‘proper gigging band’ aged 18, a speed metal outfit covering bands such as Pantera & Sepultura. Since then he has played in a wide range of bands playing classic rock, rock & roll, 80’s, indie & pop.

After answering the call for a dep bassist, Craig joined Bon Jovi UK & is now a full time band member, taking him back to his roots & playing the songs that inspired him to be in a band as a kid.

Craig recreates the Bon Jovi bass sound & style with ease & has quickly become an asset to the band….he’s also a great geezer.

In 1989 Pete spent 6 months in a coma with only a Sony Walkman & a copy of New Jersey for company. Upon awakening, doctors noticed his fingers continually twitching, but it wasn’t until he sat at the piano in his Gran’s bungalow that a true miracle was revealed.

Somehow Pete had been blessed by the power of rock & was now able to play all of the keyboard parts from the first 4 Bon Jovi albums!! He subsequently dedicated his life to the worship of his new hero & saviour, David Bryan (until the restraining order was finally enforced in 2001).

Rejection lead to resentment & Pete’s musical tastes broadened massively as a result. He now enjoys all genres of music, from Aerosmith through to Whitesnake. But despite all that, Pete still says “Bad medecine is the only medicine” .

Hi guys great night at the Conkers, we even got a bit of thankyou for loving me which made Helen’s and mines evening. Outstanding and brilliant performance , hope to see you again soon, cheers. Greg And Helen.

Guys we loved your little gig at Catchems at Halfway House the other week, We have also got tickets for the Conkers show. We cannot thankyou enough for such a brilliant night and can’t wait to see you soon

Hi guys saw you at the Ritz last nite and you were fantastic! there wasn’t many of us but we had a great nite! Are you ok with a 58 year old groupie!? must come to see you again soon!!!

What a great time at the festival, you were awesome

Bon Jovi Uk Are Ideal For