Alan MJ Parker Is Ideal For 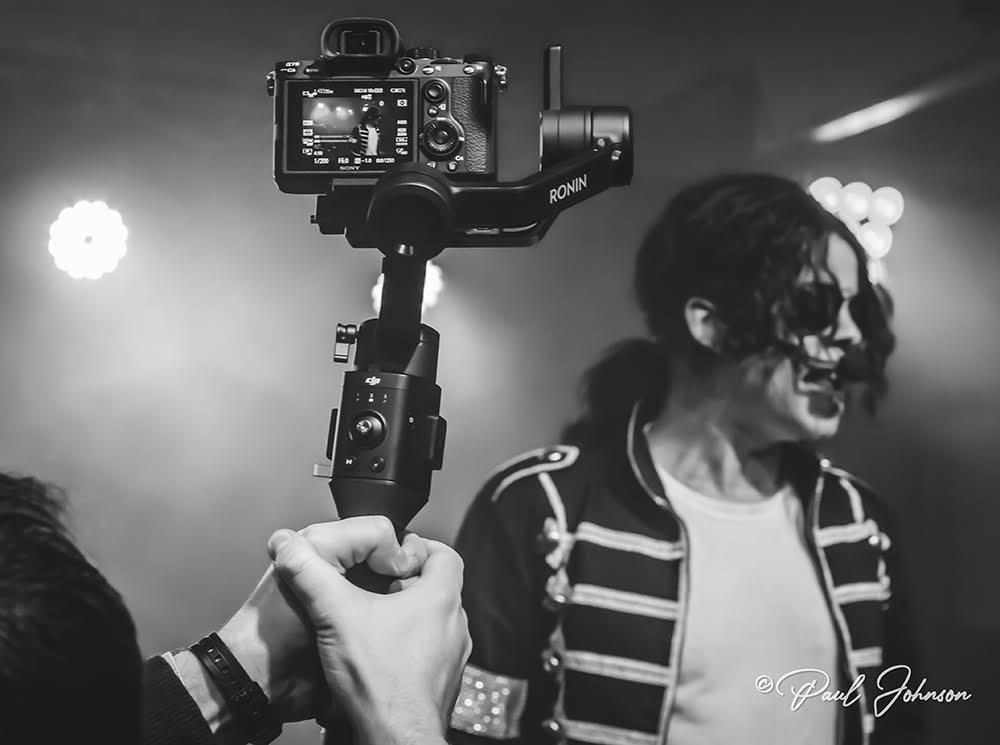 Alan MJ Parker will amaze and stun your audience ? Have you ever wanted to See the King of Pop LIVE in concert ? Well look no further than Alan Parker’s This Is It! This is just like the real thing! Perfecting the King of Pop, Michael Jackson has come so easy to Alan and really is an amazing experience.

Alan MJ Parker not only dances, he sings absolutely LIVE, interacts with the audience, talks and even moonwalks like Michael. Alan has been performing since he can remember and really does have a very naturally gifted and musical ability and talent.

Alan MJ Parker started out as Michael Jackson from around 2010 and at that time was already working in wedding function bands touring the UK, but after years of simply just weaving a little of his Michael act into the bands, Alan MJ Parker decided “enough is enough, I need dancers, I need my own full length stage show, we need to be the best”

If you would like to bring back to life, for one night, the ultimate Michael Jackson experience and leave your audience stunned, amazed and talking for weeks after, BOOK NOW With M8 Entertainments on 07515789837.

Bad, Beat It, Billie Jean,  Black or White, Blame it on the Boogie, Can You Feel It, Dirty Diana, Don’t Stop Til You Get Enough, Human Nature, I’ll Be There, I Want You Back, Jam, Love Never Felt So Good, The Love you Save, Man in the Mirror, Off the Wall, Remember the Time, Rock With You, Shake Your Body Down, Smooth Criminal, They Don’t Care About Us, Thriller, Wanna Be Startin’ Something, The Way You Make Me Feel, You Rock My World.

The King Of Pop Himself – Michael Jackson

Jackson’s first solo effort for Epic, Off the Wall (1979), exceeded all expectations and was the best-selling album of the year (it eventually sold more than 20 million copies). Produced by industry veteran Quincy Jones, Off the Wall yielded the massive international hit singles “Don’t Stop ’til You Get Enough” and “Rock with You,” both of which showcased Michael’s energetic style and capitalized on the contemporary disco dance fad. Three years later he returned with another collaboration with Jones, Thriller, a tour de force that featured an array of guest stars and elevated him to worldwide superstardom.

Thriller captured a slew of awards, including a record-setting eight Grammys; remained on the charts for more than two years; and sold more than 40 million copies, long holding the distinction of being the best-selling album in history. The first single on the album, “The Girl Is Mine,” an easy going duet with Paul McCartney, went to number one on the rhythm-and-blues charts and number two on the pop charts in the fall of 1982.

The follow-up single, “Billie Jean,” an electrifying dance track and the vehicle for Jackson’s trademark “moonwalk” dance, topped the pop charts, as did “Beat It,” which featured a raucous solo from famed guitarist Eddie Van Halen. Moreover, “Beat It” helped break down the artificial barriers between Black and white artists on the radio and in the emerging format of music videos on television.

By 1984 Jackson was renowned worldwide as the “King of Pop.” His much anticipated Victory reunion tour with his brothers was one of the most popular concert events of 1984. In 1985 Jackson and Lionel Richie cowrote “We Are the World,” the signature single for USA for Africa, an all-star project aimed at famine relief. Further solo albums—Bad (1987), which produced five chart-topping hits (among them the title song and “Man in the Mirror”), and Dangerous (1991), much of which was produced by New Jack Swing sensation Teddy Riley—solidified Jackson’s dominance of pop music. In 2001 he was inducted into the Rock and Roll Hall of Fame; the Jackson 5 were inducted in 1997. Courtesy of http://www.britannica.com

Alan MJ Parker Is Ideal For

A very professional act great vocals and looks like the real thing this act is a must for any Michael Jackson fan and fantastic for any venue! Five Star Act